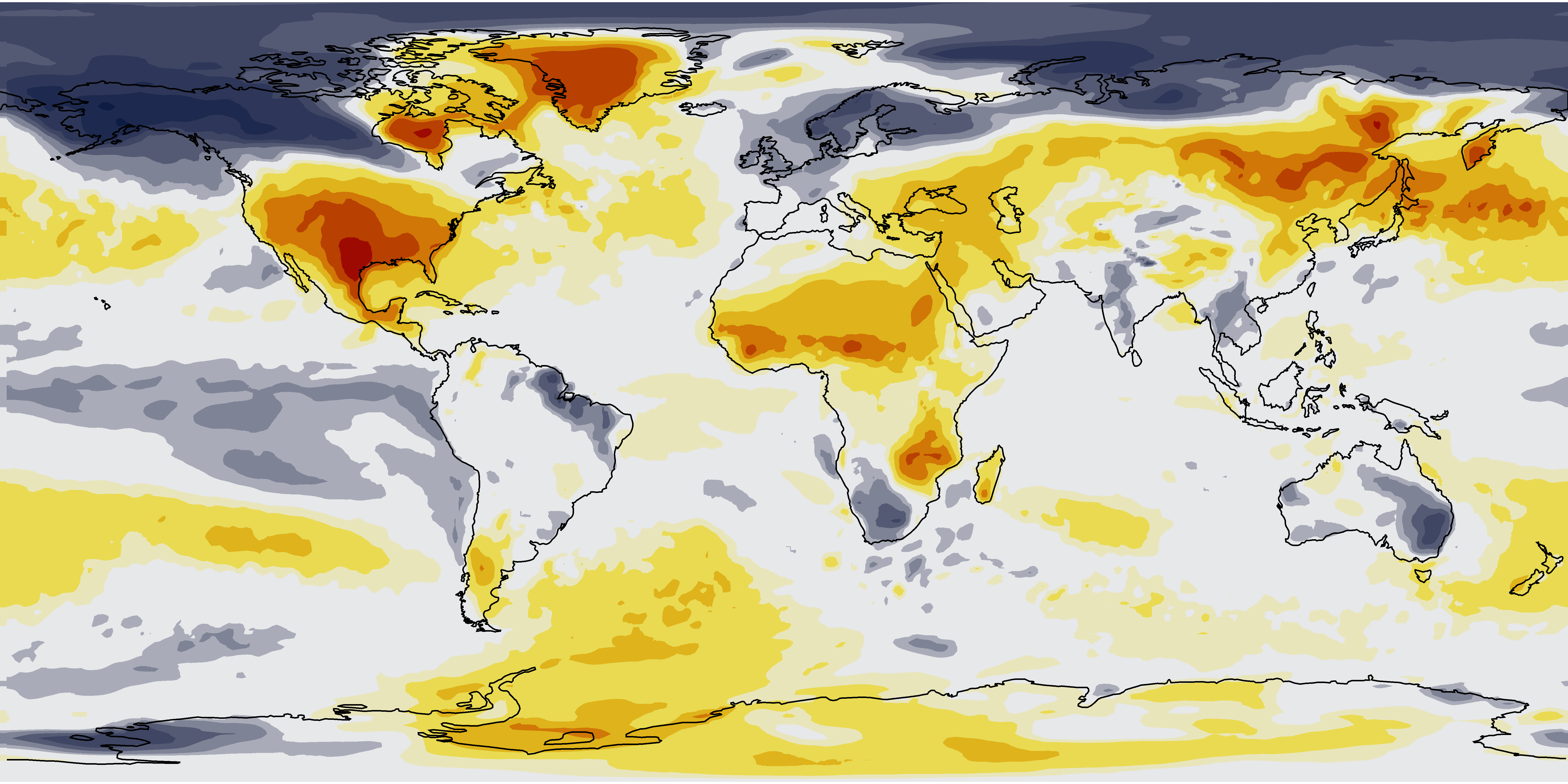 December’s long-range forecasts for February 2022 are displaying major agreements over continental North America. This is a rare occurrence – indicating a high degree of confidence in the forecasts. Conditions are therefore likely to be colder-than-normal over Alaska and central/eastern Canada, with warmer-than-normal conditions prevailing in central and southern USA.

The pattern of these temperature conditions are a signature response of the La Nina phenomenon farther south in the Tropical Pacific Ocean, characterised by colder-than-normal sea surface temperatures which in turn perturb the regular atmospheric circulation.

The scientific community remarked earlier in the autumn of the emergence of strong La Nina conditions and speculated that the phase will continue throughout the winter, a prediction that is evidently true.

Nonetheless, the fact that all five long-range forecasting systems are capturing the atmospheric response to the La Nina conditions is fairly remarkable, given the long-term nature of these forecasts, in relative forecasting terms.

Ordinarily, variations between each forecasting model’s projections cause some degree of uncertainty in the forecasts themselves, however for December’s runs the agreement in projections appears to be solid.

Regular February temperature averages in Anchorage, Alaska – central in the cold anomaly area – would be expected to be around -6°C, although these may fall to around -9°C, with minimum temperatures being reduced by a similar amount (e.g. the February average minimum temperature [~-10°C] reducing to approximately -13°C).

Within the U.S.A. Gulf Coast sector, for example Houston Texas, regular February average temperatures (around +13°C) may rise by two or three degrees – with more moderate warming over the vast area of south central United States and Central American countries.

How are Temperatures Modified?

These temperature departures can be explained by the atmospheric circulation changes associated with La Nina (in fact, La Nina strengthens the ‘normal’ atmospheric, local circulation over the tropical eastern Pacific) leading to interference with the Pacific Ocean jet stream just to the north.

Much like the Atlantic jet stream, this wind pattern would ordinarily bring relatively warm, maritime air masses into the North America sea board, especially in the northern-mid latitudes. A weaker jet stream therefore leaves the door open for Arctic air mass incursions.

In Europe a similar atmospheric perturbation can occur weakening the winter-time westerly airflow: this phenomenon (or, more precisely, the measurement of the phenomenon) is called the ‘North Atlantic Oscillation’ (NOA): when the NAO adopts a so-called negative phase, maritime airflow into northern Europe is much weaker — indicating colder, continental winter air.

In extreme phases, these are indicative of ‘Beast from The East’ type weather phases. Northern Europe becomes dominated by air masses of eastern, or north-eastern origin. However, there is no evidence that the European phenomenon is linked to La Nina at all, like this Pacific counterpart and the resulting forecsats.

It will be interesting to monitor January and February’s weather developments for this sector; the early-autumn alarms for La-Nina type domination of the winter northern hemisphere weather patterns are being borne out – in the modelling systems at least. Stand by.